Microgaming has announced the launch of a new 5 reel 243 ways to win video slot based on characters of four loveable cartoony dragons.

The leaders of the online gaming industry are setting the bar higher with each new slot, as not only do they deliver well-crafted and original themes, but they also create a story and characters that will win you over with their personalities. This is exactly the case with Flint, Switch, Frosty and Gobble.

However, these flying beasties are also there to help you win some cash through Free Spins feature and extra Wilds they will add to your free play. With their help you stand to win more than 3,500 times your stake per spin. Sounds more than good to us.

Just when we thought that Lost Vegas is going to be the highlight of the season, we are now in a dilemma. The Dragonz are threatening to become next lucky charms. Superb 3D animation and well-thought out characters in the four dragons, each of which has his own role in the game results in a slot that reminds of the best animated cartoons out there.

The experienced Microgaming team have developed the characters of the dragons to suit the function in the game and reflect their temperament. 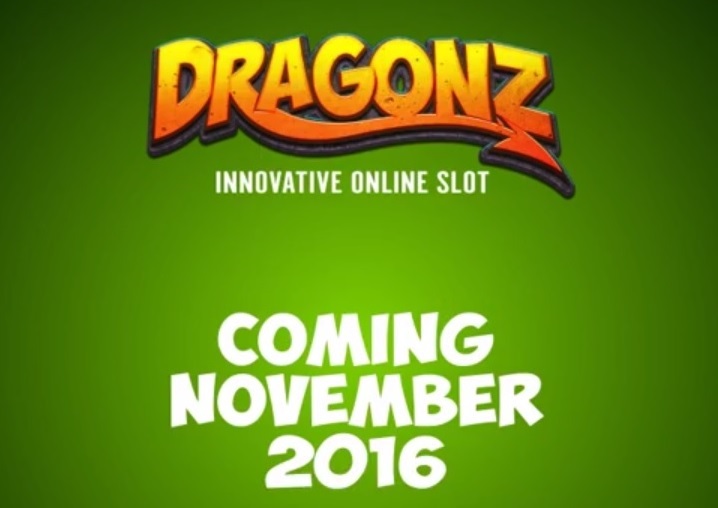 So, we meet Flint, a flaming red dragon that fires up the reels and adds Wilds; Switch, purple creature which helps you make the best use of your non-winning Wilds; Frosty, a blue somewhat atypical dragon which instead of breathing fire, freezes the Wilds and locks them in place for you to get as many wins as possible; and the cutest one of all Gobble, goofy-looking green dragon that spits Wilds and sticks them to the reels to remain there until there are no more winning combos left.

All of this happens during the Free Spins game, while each of the Dragons is in charge of a special Free Spins round that comes with a set of extra Wilds. The machine will decide which dragon comes your way, but if you are persistent enough in playing and manage to trigger the Free Spins round 12 times, then you will be rewarded and you will be able to choose the dragon yourself.

Another good thing about Dragonz is the Wild Deal feature that appears in the base game and we found it quite useful. Actually, when a Wild appears in the middle of the reel layout it will deal extra Wilds to help you form winning combos.

From what we know so far, we expect this to be a well-rounded, entertaining and most importantly profitable slot. However, there are many things left in the dark for now, so we must wait to see the payouts table.

The betting range is slightly lower, ranging from $0.40 to $30, so unless the five-of-a-kind combinations turn out to be rewarding, the cute little dragons won’t keep our attention for long.

Microgaming is too big of a name in online gaming world to expect this slot to be anything but spectacular. By the brief look of it, we expect it to be one of the most popular slots in the coming months.

The Free Spins game coming with four different features and one in-play feature with extra wilds, already gives a hint of the medium volatility of the game, while 3,583x stake promises huge wins as well.

If you are too impatient to wait for the launch of Dragonz, try to pass the time with one of Microgaming’s previous releases, Dragon Dance.